Queen Victoria’s miniature mailbox which she used to send letters and cards during her reign 140 years ago has been unearthed.

The 30 inch tall box, which was carved into the style of a Royal Mail’s ‘pillar box,’ was recently discovered in a cottage in Surrey, intriguingly with an undelivered Christmas card inside. The beautiful wooden table letterbox, engraved with the royal cypher ‘VR’ (Victoria Regina), dates back to the 1880s.

“We can only imagine the tone and content of the notes the queen must have placed inside but one thing we can be certain of is that she enjoyed sending letters and cards,” said Charles Hanson of Hansons Auctioneers, who is handling the sale.

“Her profile featured on the Penny Black, the world’s first adhesive postage stamp issued in 1840.

Queen Victoria ruled Great Britain and Ireland from 1837 until her death in 1901.

She used the box to mail her letters and cards while she stayed at Osborne House, her favourite holiday destination on the north coast of the Isle of Wight built for her and her husband Prince Albert as a rural retreat.

The card inside was not sent or received by the former monarch and is believed to have been given to the seller’s family in the 1970s. 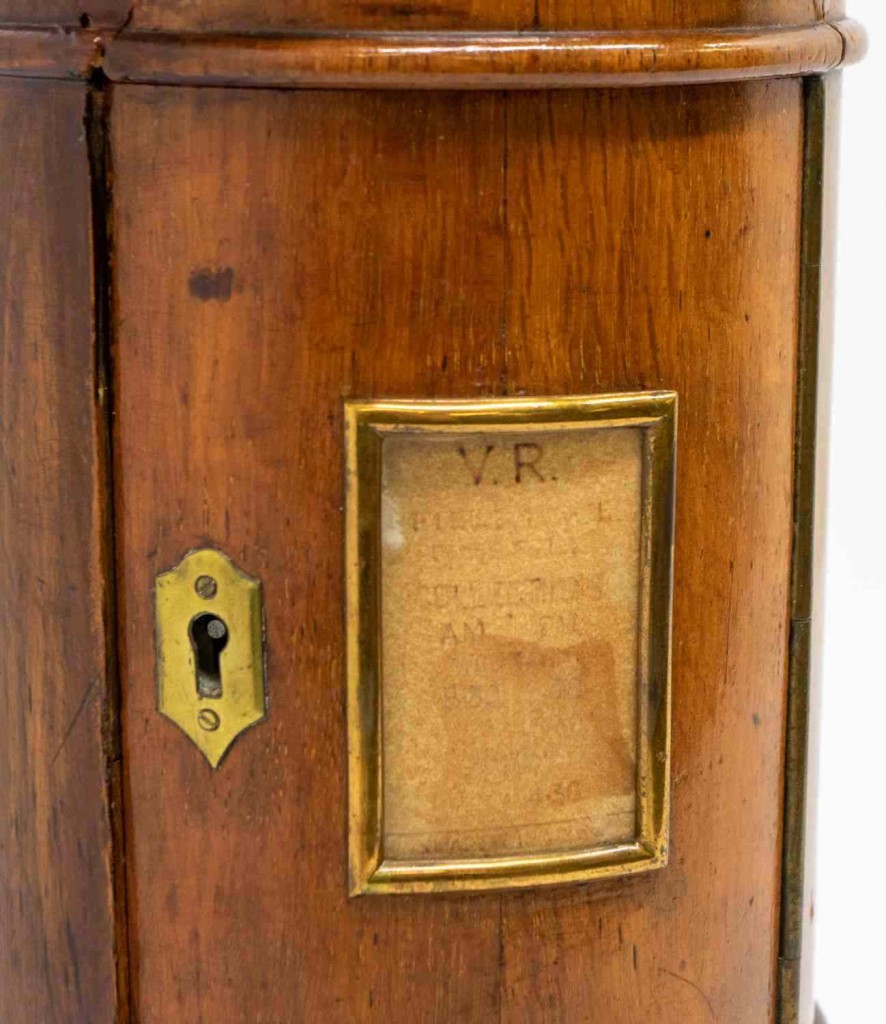 “I discovered it during a routine home visit at a cottage in Surrey,” said Chris Kirkham, associate director of Hansons London. “I was called in to assess items gathered by a keen antiques collector over a lifetime. It was purchased decades ago by the seller’s grandfather.”

“We understand he acquired it at a Carisbrooke [Castle Museum] sale which offered items relating to Osborne House in 1944 or 1945.

The seller, from London, believes the card inside is a clue that the letterbox was given as a festive present. “It’s hard to part with family heirlooms but this royal item deserves to be seen and enjoyed,” he said.