On November 18th, Mickey Mouse Birthday commemorates the debut of a lovable mouse that was once a rabbit called Oswald. His character got his start on film on November 18, 1928, but before that, the story begins in 1927, when Walt Disney first sketched a floppy-eared bunny while under contract to Universal Studios. The events that unraveled brought us Mickey Mouse.

HOW TO OBSERVE MICKEY MOUSE BIRTHDAY

Wish Mickey Mouse a Happy Birthday! Use #MickeyMouseBirthday to share on social media.

Check out these 5 Artists Who Brought Animation to Life!

While his creator and studio have applied several different birth dates to the lovable mouse over the years, November 18, 1928, was finalized as Mickey’s birth date with stardom. Before that, Mickey Mouse came under the roller coaster events of Oswald’s success and Universal’s disappointing contract negotiations. Disney Bros. Studio took their leave of both the studio and Oswald and set to work, creating a character who would go on to lead the company into the future.

From a rabbit named Oswald to a mouse named Mortimer, eventually, the squeaky-voiced rodent was dubbed Mickey. He flopped in two animated short films without any success. Then on November 18, 1928, Mickey’s star was born. The first animation synchronized to music and sound effects, Steamboat Willie premiered in New York.

Within a year, a Mickey Mouse Club popped up in Salem, Oregon. This particular club offered admission as a fundraiser for the Salvation Army. Patrons donated either a potato or a small toy and a penny as admission. According to a December 22, 1929, Statesman Journal (Salem, Oregon) article, $12 and three truckloads of potatoes and toys were collected by eager new members.

That such a cute little mouse could bring smiles to the faces of children at an uncertain time isn’t such a surprise.

Generally, new members joined the club by completing an admission form obtained from a local merchant and attending meetings held during matinees at local movie houses. The price of admission often was reduced for good deeds and report cards. By the end of 1930, the Mickey Mouse Clubs had spread across the country.

In 1935, animator Fred Moore gave Mickey a new look that enabled a more fluid movement to the animation.

A makeover in 1935 by animator Fred Moore gave Mickey the look we are familiar with today. The big eyes, white gloves, and the pert little nose. More lovable than ever before, he propelled himself even further into the hearts of children everywhere.

His companions Minnie, Donald, Goofy, and Pluto joined him along the way, bringing vaudevillian comedy with them.

Q. When did Minnie Mouse make her debut?
A. Incidentally, Minnie Mouse shares the same birthday as Mickey since she debuted in the same cartoon – Steamboat Willie.

Q. What did Walt Disney do during World War I?
A. His first job was as an ambulance driver in France. Then his abilities as an artist came to the attention of the military; Disney was making side money drawing decorations on the uniforms of service personnel. He was soon assigned the duty of camouflaging sniper helmets, trucks, and other such military equipment. 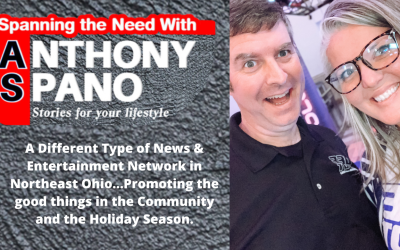