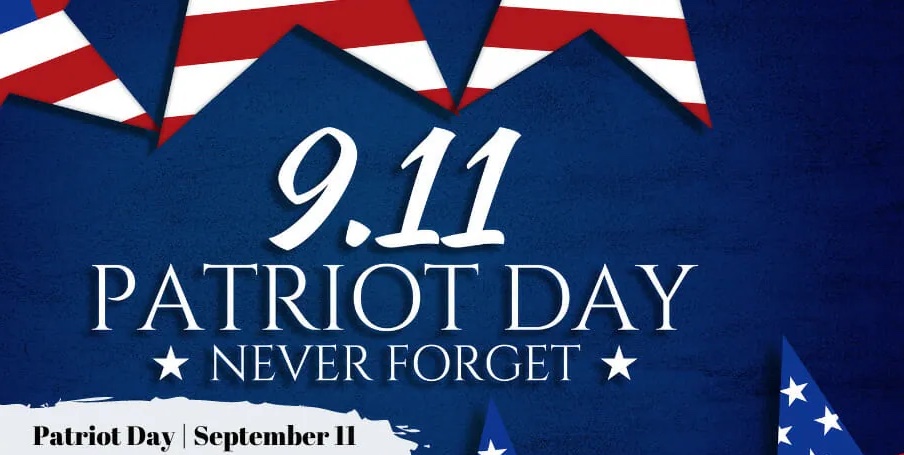 Patriot Day on September 11th honors the memory of the nearly 3,000 innocent victims who died in the September 11, 2001, terrorist attacks. Each year Americans dedicate this day to remembering those who died and the first responders who risked their own lives to save others.

For many, September 11, 2001, began like any other weekday. We made our way to work. Children attended school. We shopped, had coffee, waited in line at a drive-thru. Those of us who weren’t in New York City heard the first reports on the radio or television. A friend or neighbor alerted us to a plane flying into one of the Twin Towers. We felt disbelief. An accident, perhaps, a miscalculation. Then, a second plane flew into the second tower. Our disbelief turned into uncertainty and concern.

Those on the ground faced terror and obstacles they had never known. But, then, as a set of coordinated suicide attacks organized by the militant group Al Qaeda targeted the World Trade Center, the rest of the nation witnessed the unbelievable. And then a third plane crashed into The Pentagon. And yet another crashed into a field in Shanksville, PA.

Every year since that fateful day, the United States comes together to remember the fallen. We remember the first responders and those who made difficult decisions. Since that day, memorials have risen from the ashes.

HOW TO OBSERVE  PATRIOT DAY

Use #PatriotDay or #NeverForget to post on social media and show your support.

In 2017 and 2018, President Donald Trump declared September 8–10 as National Days of Prayer and Remembrance and proclaimed September 11 as Patriot Day. “During the National Days of Prayer and Remembrance, we pause to honor the memory of the nearly 3,000 innocent people who were murdered by radical Islamist terrorists in the brutal attacks of September 11, 2001. We come together to pray for those whose lives were forever changed by the loss of a loved one. We strengthen our resolve to stand together as one Nation.”

Q. Where can I learn more about the 9/11 Memorial.
A. The website 911memorial.org provides substantial information for those wanting to learn more or visit the memorial.

Q. Are there memorials at the Pentagon and Shanksville, PA?
A. Yes, both locations include memorials to the victims of the September 11, 2001, attacks. You can learn more about the memorials by visiting PentagonMemorial.org and the National Park Service websites.